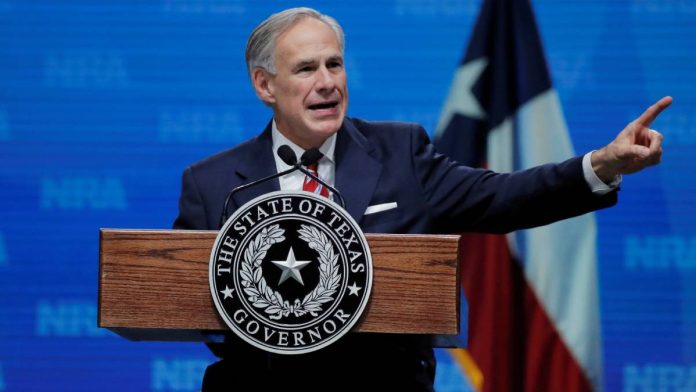 LAREDO, Texas, 2 de marzo.- In a press conference held on Tuesday, March 2, Governor Greg Abbott announced that effective March 10, 2021, the state-wide mask mandate will be lifted as well as business being allowed to operate at a 100 percent capacity. This change to the Governor’s Executive Order (GA-34) applies to all counties with a hospitalization rate below 15 percent for seven consecutive days.

Webb County has seen a gradual downward trajectory in the hospitalization rate over the last seven days. Under Governor Greg Abbott’s orders, if the hospitalization rates remain below 15 percent for seven consecutive days, bars are allowed to open at the discretion of the County Judge. As per Governor Abbott’s orders, effective Wednesday, March 3, 2021, bars can reopen at a 50% capacity and increase their capacity to 100 percent on March 10, so long as the hospitalization rate remains below 15 percent threshold for seven consecutive days.  All other businesses in Webb County will be allowed to operate at 75% capacity effective March 3, 2021 and then 100% on March 10, 2021.

“Webb County is no longer considered a high hospitalization area, and that is attributed to the safety measures, we have adopted as a community. I urge everyone to continue to practice safe measures to avoid seeing a reverse trend,” says Judge Tijerina.  As of today, the hospitalization rate is under 8 percent. Judge Tijerina submitted the “opt-in” form for reopening bars to the Texas Alcoholic Beverages Commission today.

In the future, if the hospitalization rate goes above the 15 percent threshold for seven consecutive days, the County Judge may use COVID-19 mitigation strategies, that may include reducing capacity to 50 percent for any entity.

“In light of the Governor’s recent order, which places personal responsibly front and center, in combating this pandemic, I highly encourage everyone to please continue exercising a common-sense approach by strictly following all preventative measures until most, if not all of us, have been vaccinated,” says Mayor Pete Saenz